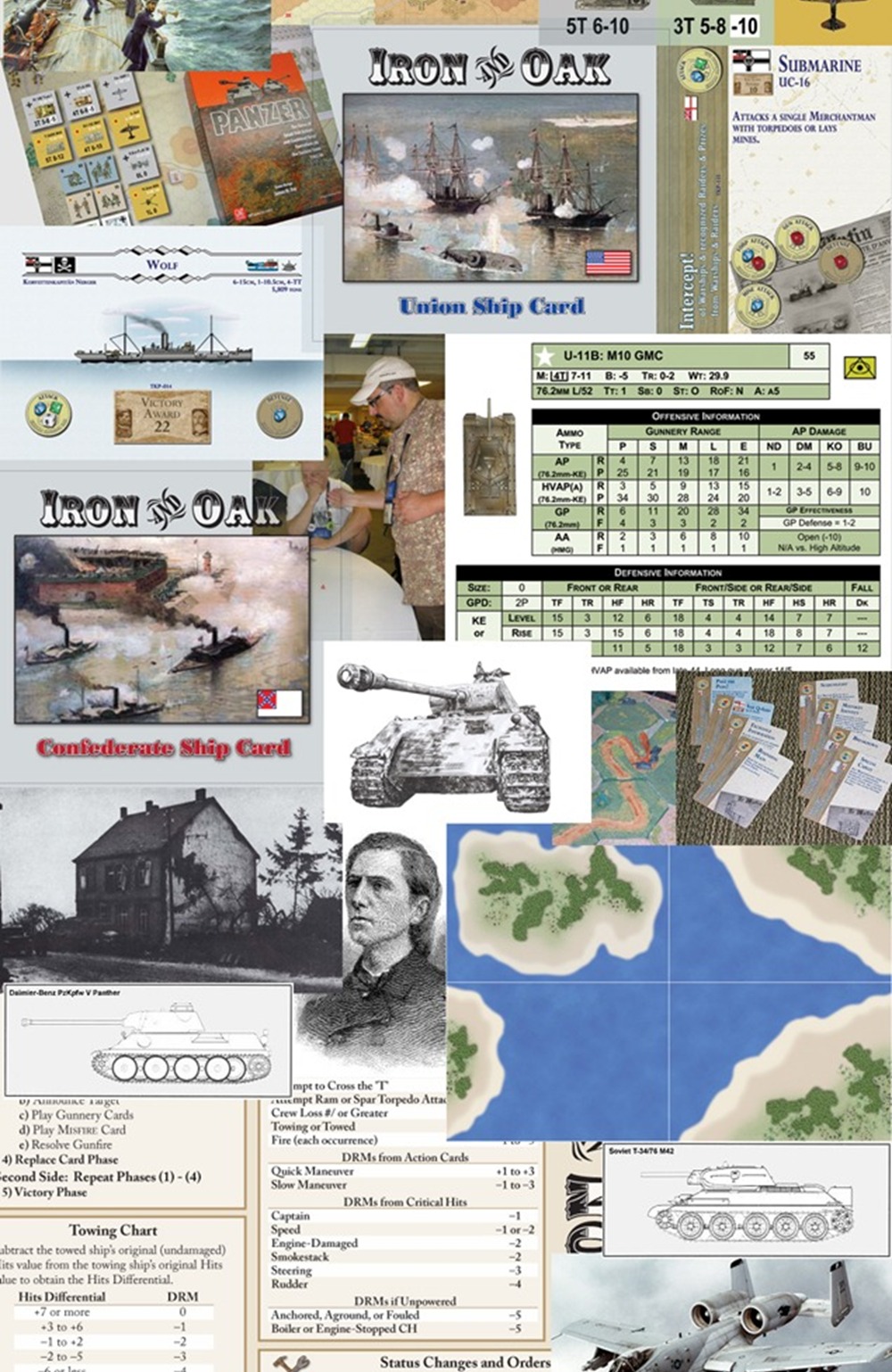 For this example, Oberst Utz ordered his 11th Panzer Company across a defended ford to engage the defending tanks and infantry of Colonel Ustov’s Soviet tank brigade. The following is a detailed example of the GP Fire game  mechanics.

The vehicle data card – one of 64 data cards found in the basic release of Panzer – describes the  PzKpfw IVH. The information on the data card is organized in lines or groups. The first line is the nationality, card number and vehicle name. The second line on the card is the movement line which includes the movement rate and type for cross country movement followed by path movement and road movement, next is the transport modifier for towed and leg, and finally the vehicle weight. The next line is the main gun type, ROF (rate of fire) N for normal and special ammunition availability. The A:a5 is for special  ammunition availability, the a5 means that the special is available on a roll of less than “5” on a d10.

The PzKpfw IVH fires three types of ammunition; AP (armor piercing), APCR (armor piercing composite rigid), and GP (high explosives and machineguns). Next to the type heading is a line that defines the range class of the gun; P (point blank), S (short), M (medium), L (long), E (extreme) and D (damage modifier). For GP type ammunition the card shows a range in inches over a factor. The GP line of the card has a box around the GP fire for P (point blank range) which shows that the vehicle has a coaxial machinegun.

The Mark IVs (slang for PzKpfw IVH) of the advance party run head long into a Soviet infantry squad holding a defensive position located in a small wooded area. The Mark IV is shooting at a non-moving S-Type (soft) target in woods terrain. The range is Point Blank (For GP Fire, it is Point Blank range for the Mark IV up to and including 7 inches.); its GP Factor is a “boxed” 5.  In Woods terrain (Medium Cover), a non-moving infantry squad has a GP Defense of 6.

The Mark IV’s commander, Feldwebel Krantz, is more interested in forcing the Soviet infantry to ground than causing causalities. That way the Germans can more easily bypass the position. Therefore, he decides to employ Pinning Fire. Since his orders are to keep moving, he decides to use a Short Halt attack – the Mark IV may fire and then move up to ½ of its available movement rate.

The GP COMBAT RESULTS chart and GP FIRE MODIFIERS chart are shown here. With a GP Factor of 5 and a GP Defense of 6, the GP COMBAT RESULTS chart shows two values: N:57 and S:86.That means if the modified dice roll is from 01-57 on d100, no damage was inflicted. If from 58-86, the target squad is suppressed. If 87 or more, the squad would normally suffer an effective result. However, since the Mark IV is employing Pinning Fire, an effective result is treated as a suppression result instead.