Data Cards
The German invasion of France and the Low Countries changed the face of warfare for the remainder of WWII, and one could argue for the remainder of the 20th Century. With blitzkrieg tactics, the Germans slashed through the reeling defenders.
The rank-and-file French solider demonstrated great courage and they had some excellent equipment. In fact, many of the French tanks were superior to their German counterparts. The French Army appears to have been let down by a poor strategic sense of the situation by its high-level leadership.

The decisive battles in and around Caen commenced in June 1944 immediately following the Normandy Landings and were not resolved until early August 1944. Units of the British 2nd Army clashed with the German 7th Army and the 5th Panzer Army in a series of highly contested battles.

Caen was the objective of the British 3rd Infantry Division on D-Day due to its position on the Orne River and its roll as a road hub for the area. Many famous units saw action in the conflict including the British 7th Armored Division (the “Desert Rats”) and the German Panzer Lehr and 12th SS Panzer Divisions.

Undoubtedly the most recognized confrontation of the war on the Eastern Front, Kursk typically triggers visions of massed armor flowing across the open fields of the Russian steppes. Never in the history of the conflict had the German and Soviet high commands committed the magnitude of tanks, assault guns and a multitude of self-propelled weapons. Both sides were staking the very outcome of war on this
single battle.

Four Panzer TO&Es are presented for elite German divisions as they existed at the start of Operation Zitadelle (the  German name for Kursk), 1 July 1943. Army level organizations and orders of battle are also included for German and Soviet forces.

The booklet is packed full of information all in full color. Inside are all the German TO&E charts covering the German forces from 1940 through 1945. You can field everything from elite Pionier Battalions to Volks  Grenadier Regiments. Enjoy the detail of the  Reconnaissance Battalions to the simple Fusilier Company. it’s all here.

Just so you won’t think that the Soviet forces have not been given their due Panzer PaK 1 includes The Soviet Forces from 1941 through 1945, including Heavy and Light SU Regiments, Sapper Companies and Guards Rifle Regiments. You won’t lack for variety with this expansion.

In addition you get an additional 16 German unit cards and 16 Soviet unit cards, including the  Wirbelwind, 8.8cm PaK 43/41 ATG, deadly  flamethrower tanks, and the KV-2 M41 to name just a few.

Tank-to-Tank Combat on a Tactical Level.
The Panzer Miniatures Rules is a modular game system designed for small unit actions using microarmor, 1/285th or 1/300th scale troops. For two or more players, it is a comprehensive and yet quick to-play set of full-color rules.
Scale: The vehicle and towed-gun scale is 1:1 with infantry at squad, 1/2 squad and section level.
No need to fill out weapon sheets as all the data is included on the full-color data cards.
The streamlined chit-based command system moves the action along at a brisk pace, getting players quickly into the action.
It has one of the most comprehensive and detailed armor modeling systems (while still very simple to play). Its all here, from unique hit locations, armor angles and penetration charts, air-to-ground, hand-to-hand combat, close assault, overwatch fire, command control, unit cohesion, morale, smoke, bogging, sighting, and troop quality…everything you will need to recreate World War II tactical ground combat.
Available in print on demand and downloadable PDF formats from $10.64 to $75.76 from WarGameVault. Bundles are also available.
StrikeNet Games 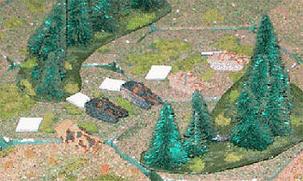 This booklet is packed with information, all in full color. Inside you will find Soviet TO&E charts covering the Soviet forces using lend lease equipment. You can field tank, anti-tank, anti-aircraft, motorcycle, SU, sapper, mortar, mechanized units and powerful Guards variants. You won’t lack for variety with this expansion. In addition you get an additional eight Lend Lease vehicle unit cards, including the Stuart III, Sherman III and Churchill III.

During World War II, the allied nations supplied the Soviet Union with 12,415 tanks through the Lead Lease Program. Of significant importance, these vehicles amounted to nearly 20% of all Soviet tank production. 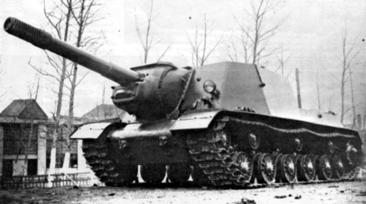 The decisive battles around Arracourt commenced on 15 September 1944 when elements of the German 15th Panzer Grenadier Division clashed with the reconnaissance units of the USA 2nd Cavalry Group. After initially withdrawing, the Germans again advanced near the town of Luneville, with the 111th Panzer Brigade committed as reinforcements.

This is all you will need to recreate all of the combat action from North Africa, Sicily, Italy and on into Western Europe. Every key USA unit is represented including eight versions of the Sherman tank including the Jumbo assault tank.